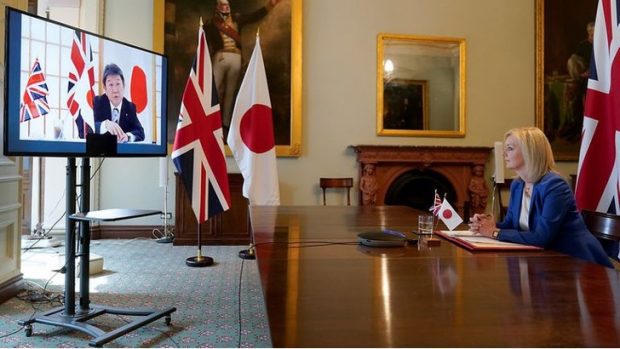 In May 2020, the Department for International Trade (DIT) launched bilateral Free Trade Agreement (FTA) negotiations as an independent trading nation for the first time in over 40 years: launching negotiations with Japan, the USA, Australia and New Zealand.

FTAs aim to make trading easier between countries by reducing the restrictions on imports and exports between them. They could deliver billions of pounds worth of benefits to the UK economy.

However, the COVID-19 pandemic made in-person talks impossible. The lockdown restrictions meant that most DIT colleagues had to work from home, and international travel was restricted. This presented a challenge to delivering the department’s ambition to secure world-class FTAs. Previously they would have taken place in person around the world.

To ensure FTA negotiations could go ahead, my team was responsible for providing secure video teleconference technology, facilitating calls from a technical perspective. This allowed a smooth and secure experience for negotiation teams during live talks. We provided technology and technical facilitation for ministers at key events such as trade agreements launches.

No one could have anticipated the impact of COVID-19 on FTA negotiations. Delivering this rapidly, securely, and smoothly was going to be a challenge.

We had to pivot quickly. DIT hadn’t planned to deliver FTA negotiations remotely so there was a steep learning curve and lots of groundwork that needed to be done in a short space of time.

Crucially, the team were not alone in delivering the remote FTA. It was a highly collaborative and transparent effort between colleagues from across DIT and our counterparts in other government departments.

This was important when using the correct technology. The negotiation talks were highly sensitive. Any technology we used needed government cyber security assurance and robust management processes in place. This was to ensure that unauthorised attendees could not join the live talks.

Experts from across government took part in the negotiations. Each government department’s technology set-up varied. We worked at pace with several technical teams in other departments to overcome this. This ensured that all participants could join the remote negotiations smoothly.

We also needed to ensure that we could successfully connect to the counterpart country’s technology. We had to set up tests with technical counterparts ahead of the negotiations, collaborating together to resolve technical barriers.

Working to avoid burn out

By adopting scrumban ways of working, we were able to deliver the talks without burning out. For a new team, this set-up was crucial as it allowed us to understand what we needed to prioritise. This was important in a fast-paced environment where constant new requirements and issues threatened to overwhelm the team.

Success for the UK’s trading future

A key moment of celebration for the team was when the Secretary of State for International Trade signed the UK’s FTA with Japan in October 2020. It was the first in over 40 years. Our team provided technical facilitation for the Japan Comprehensive Economic Partnership Agreement (CEPA). We witnessed firsthand the effort, collaboration and hard work that went into delivering it successfully, so it was a moment of pride and relief. We are now working hard to support the delivery of FTAs with Australia, New Zealand, and the US.

Working on the negotiations has been intense and at times grueling to deliver. We were mostly working from home and across different time zones. For a new and small team who faced a steep learning curve, we have successfully supported nearly 600 remote negotiation talks and many in-person trade talks. I am very proud of everything the team has achieved.

DIT’s Cyber Security team also provide support for FTAs. Find out from the team what it’s like working at the forefront of trade negotiations

Don’t miss another job advert by DDaT. Sign up to receive our job alerts